This is a follow up to @mikejp and his issues with DroneBlocks curve commands not always working on Tello & Tello Talent. After much testing it appears to be a firmware issue that I’m trying to understand. You’ll see in my screenshot below that the first two curve commands (at the bottom of the list) have failed with an error “error Radius is too large!”. But then I executed the same command a 3rd time and it was successful. What I’m going to do is experiment with other variations of this command to see if we’re just on the edge with the radius.

I’m also thinking we should add some logging in DroneBlocks so that it doesn’t fail silently and leave the user confused. Let us think on this some more, but any thoughts/suggestions would be appreciated. 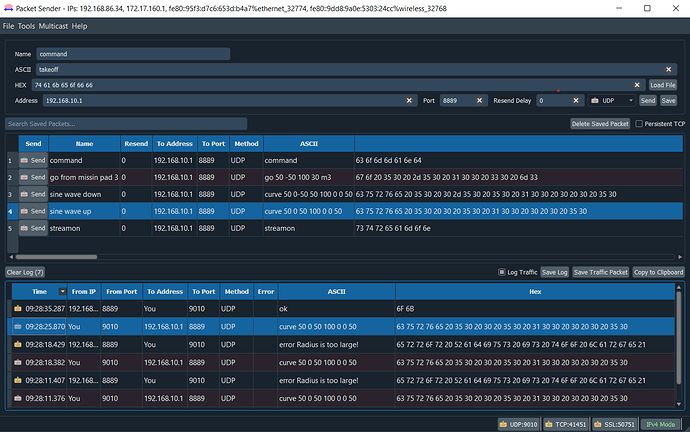 Okay so Tello’s curve minimum radius 50 cm and maximum I believe is 1000 cm. I’m basing the maximum off the SDK documentation and have not tested. But back to the point of the DroneBlocks mission that looks like this:

I’ve plotted the sine wave from those blocks in Geogebra:

You’ll see that the radius is 50 cm, which is the bare minimum that the SDK can support. So that probably explains why it fails, but works every now and then. In that same plot I’ve created another sine wave with a radius of 60 cm. Then I plugged those numbers into Packet Sender and saw100% success: 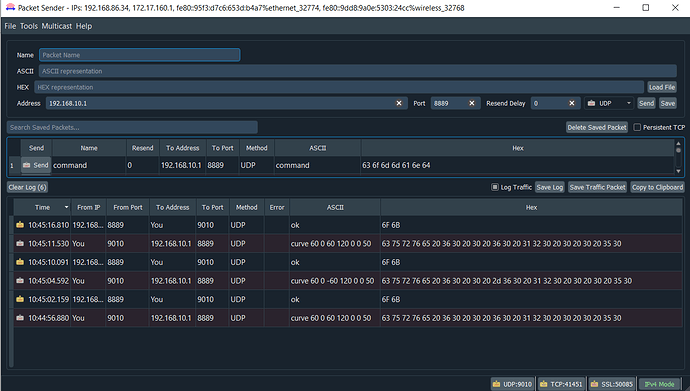 I haven’t tested the DroneBlocks mission with the necessary modifications for a 60 cm, but here it is:

Note That I’ve modified the T and A variables. I’ll do some testing later, but let me know what you see from your end if you get a chance.

60 cm works consistently on my end.

Appreciate you confirming this!

Check this out from one of our users related to the Tello curve commands. He created an awesome curve calculator in Geogebra:

@shskaercher
Built a series of @DroneBlocks_io Challenges for the students. The exercises will help the students master the navigation controls. Great application of mathematics and coding!