Can you point me to any information about how to use the 3d lidar with the GO-1? We have tried physically connecting the lidar to the port on the GO-1’s back, but I’m not sure what other steps might be required. I’m not really sure if I’m supposed to be interfacing with the lidar through the GO-1’s Raspberry Pi (via the 192.168.12.1 connection) or directly through the ethernet jack. I thought that physically connecting the lidar might enable something in the GO-1’s web interface, but appears that that’s not the case.

We’re only looking for basic information at the moment - just getting access to a data stream from the lidar and finding some way to visualize it. Nothing too fancy

At least on my 2D Lidar, you have to connect to the Ethernet port and the USB cable goes to the far left USB port. Then it should work using the app or the web. 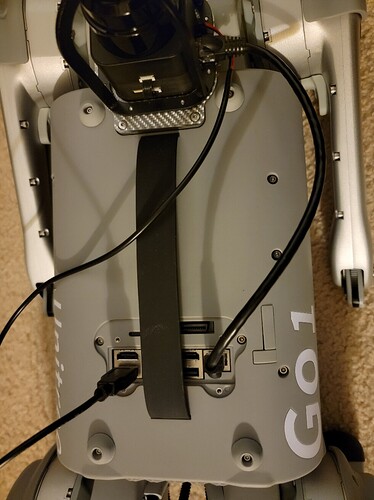 Thanks Fritz. The 3D Lidar has different connections to the GO-1 than the 2D Lidar - the 3D plugs into the large “Integrated Interface” on the GO-1 and doesn’t appear to have any other connections.

The thing that makes this all a little bit tricky is there appear to be no visible indicators that the Lidar is doing anything. I don’t see any lights or buttons on the lidar to indicate if it’s getting power or erroring or anything along those lines, and I don’t see power or mode switches to fiddle with. I THINK I can feel spinning in the Lidar unit but it’s hard to tell because the robot is making its own vibrations.

When I visit the SLAM interface in the iOS app with the 3D Lidar attached it just says “Loading…” endlessly. The normal robot functions in the iOS app (cameras, motion) are working fine. 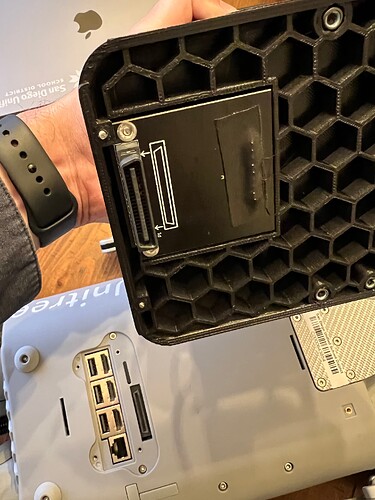 Interesting. The 2 Lidar has a small indicator light on the front of it that shows when it’s working. Both the app and the web work well for mapping. Hopefully, someone from DB staff can help you. 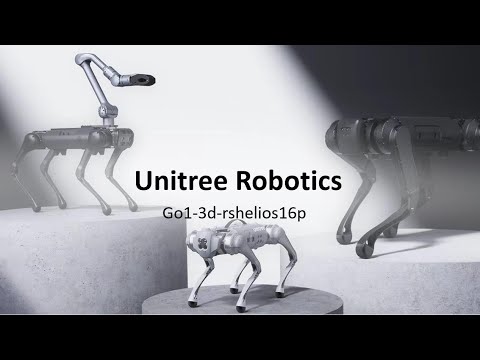 You can take a look at this video and documentation, although not the same model as your radar, but the method of use is the same
You need to go to 192.168.123.15 to access the nx and then go to run the lidar program.

the following is the cmd to build map:

What you said is correct, only 2d radar can support app side and web side operation.
3d radar can only run through the linux computer side to run